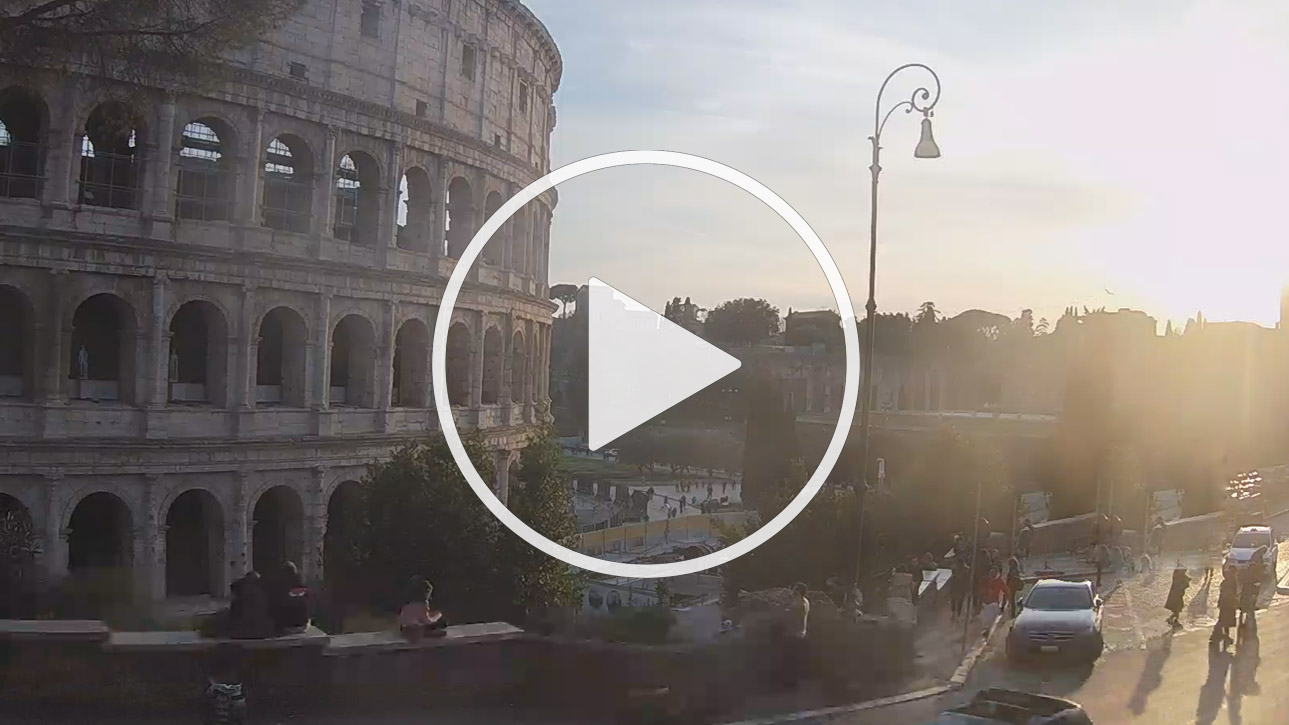 In 2007, a new list of seven natural wonders for the modern world was announced and it was officially included, in 1980 it was added as a UNESCO World Heritage site, it is the Colosseum (also known as Coliseum) or Amphitheatrum Flavium, the largest, the most imposing and the best preserved amphitheatre of Ancient Rome, the emblem of Italy in the world.

The site chosen for its construction was previously occupied by the grandiose Nero's area including his Domus Aurea; works began under the emperor Vespasian in around 70-72 AD and were completed in 80 AD under his son Titus, the inauguration games even lasted for one hundred days; over the centuries the Colosseum has suffered different and extensive kind of damages (fires, earthquakes, neglect and so on...) so that it was frequently under restoration works; as symbol of the empire, its name seems to have come from the Nero's giant bronze statue nearby, named after the Colossus of Rhodes; even today it's huge size is still impressive: a capacity of 70000 spectators, a circonference of 527 m., the central arena is 86 m. long and 54 m. wide, a surface of 3.357 m² and a height of 57 m., 4 floors (the first three floors are enriched by outer arcades framed by half-columns while the forth floor, the attic, is decorated with flat composite lesenes); its architectural lines and the monumental construction clearly express the features of the first imperial Rome.

As a grand political gesture, the Colosseum was firstly designed to shore up Vespasian's regime, a pleasure palace for the people would have increased their approval, moreover it was used to host gladiatorial games, public spectacles and a variety of other events, anyway it was ensured that the action was in everybody's view; all seats were divided into five horizontal sections (maeniana) to keep different classes of spectators separate, the best seats went to the élite while plebeians and poors had their own sections and watched the games from a distance, at the same time about one hundred sailors from the naval fleet stationed nearby, raised and lowered an enormous linen awning known as the velarium above the monument to protect the seating area from sun and rain.

The Colosseum continued to delight for many centuries, but with the fall of the Roman Empire it had went into decline and was abandoned to the homeless, animals and wild flowers until the beginning of the 14th century when Henry VII gave the Colosseum to the Senate and the Roman people; after a period of stability the monument suffered severe damage from a great number of natural disasters, as a result a large part of materials was even stolen for the construction of other buildings, Palazzo Barberini is worth a mention.

A big change appeared in 1744 when Pope Benedict XIV declared the Colosseum a national monument as sacred spot where for centuries Christian martyrs were savagely killed, he was the one who built the stations of the Via Crucis by placing a big cross made of burning torches; since the consecration by Pope Benedict XIV many restoration projects have been initiated and the Colosseum was venerated by a moltitude of Christians, its grandeur and historical significance are admired today by millions of fascinated visitors from all over the world.